Saturday, 5 May 2018, tuesday coworking space welcomed artist, Nikolaas Boden, to its rooms for the official opening of “Dispositions”, a collection of collages and assemblages. 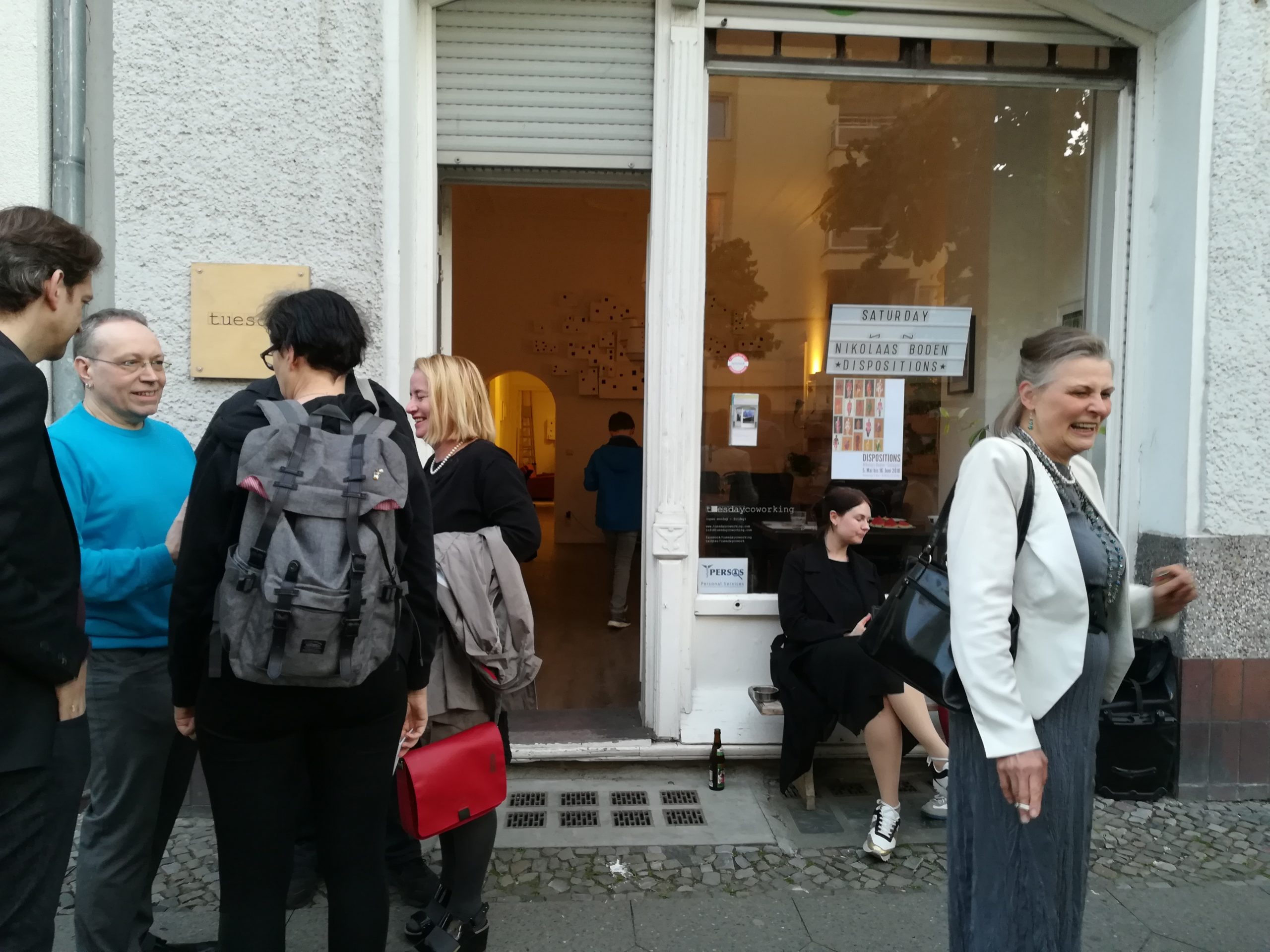 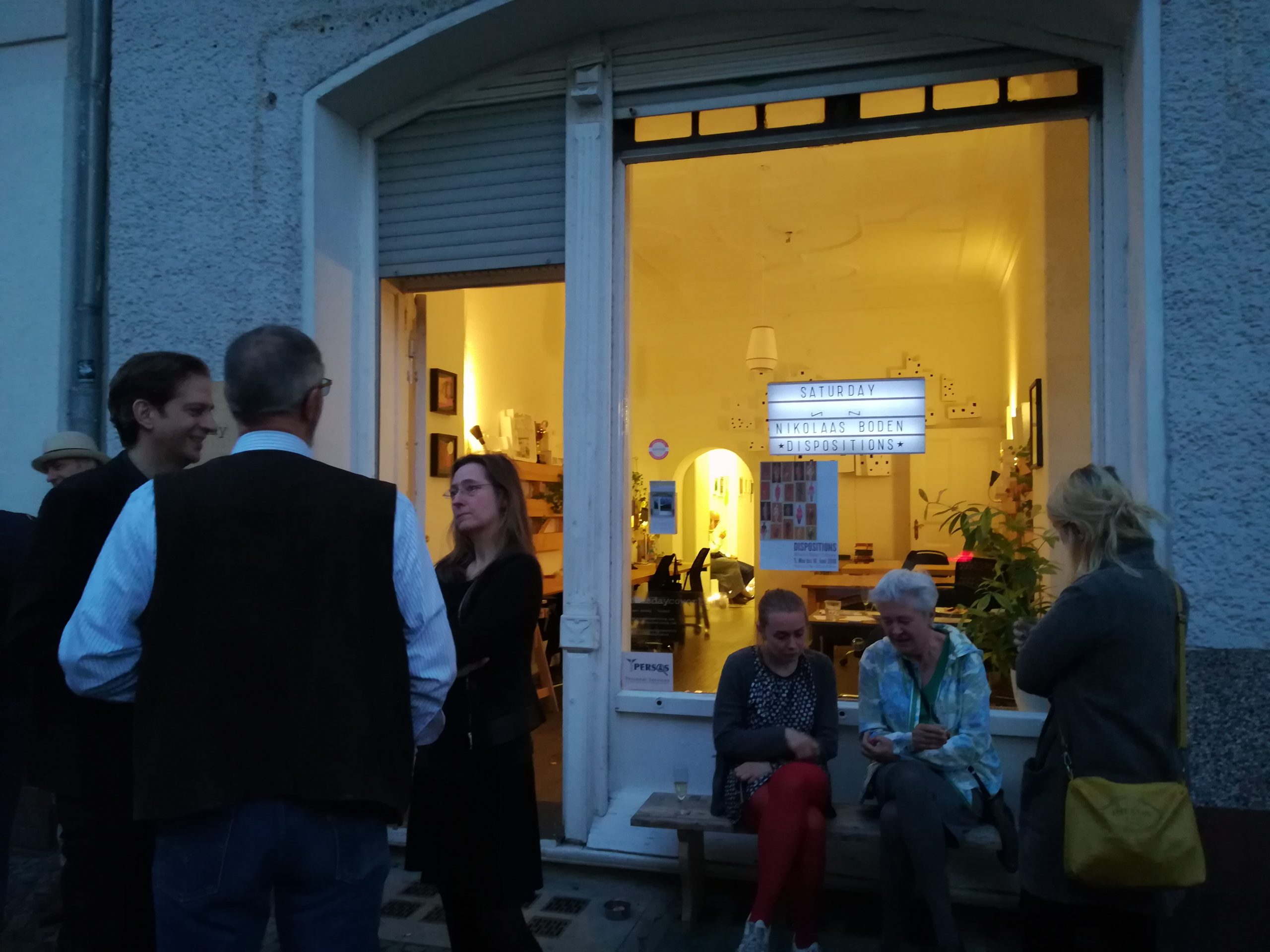 Nikolaas Boden (b. 1959) trained as a graphic designer, but spent the seven subsequent years working as a fine artist and portrait painter in London. In Berlin he returned for a period to graphic design, where he experienced extensive use of the computer for the first time and was struck by its effortless capacity to slide seemingly disparate elements around together until these finally gel into a harmonic result. The satisfaction of this process brought him to collage as an analogue counterpart of the same technique; an altogether more tangible medium, but also affording the same sense of almost infinite permutation. 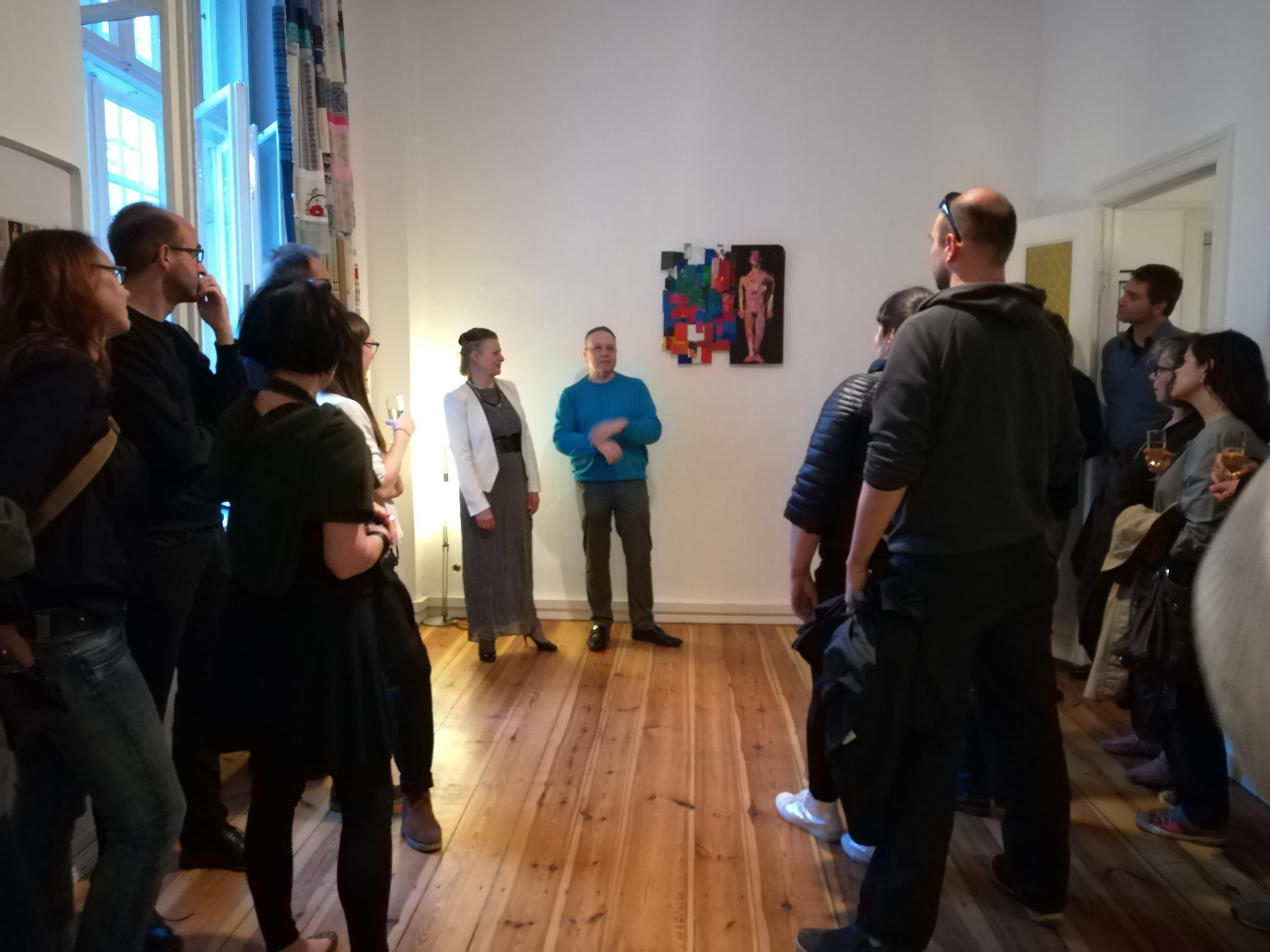 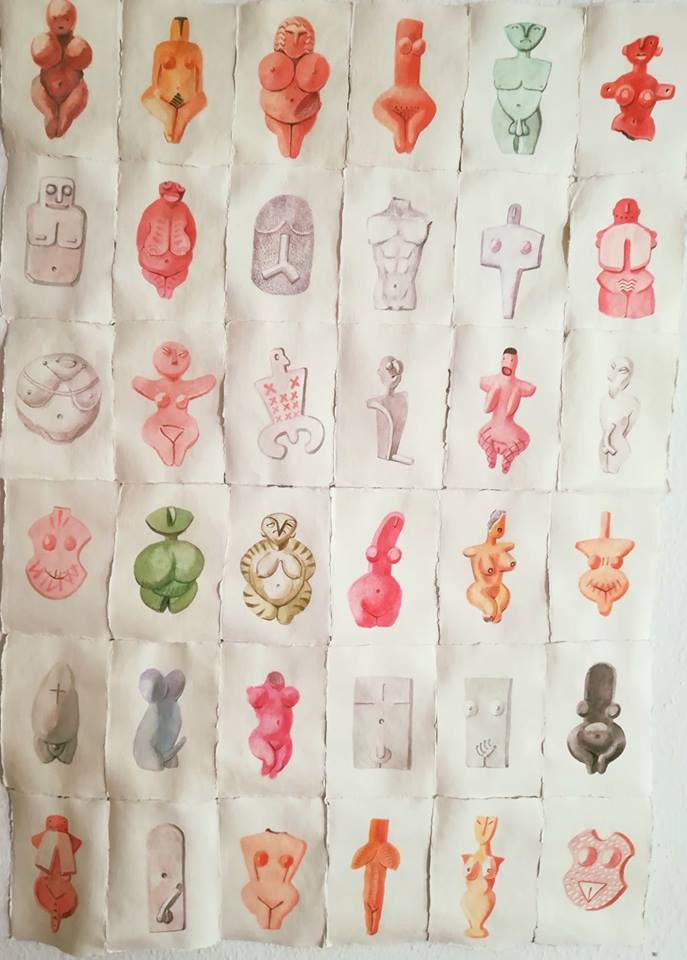 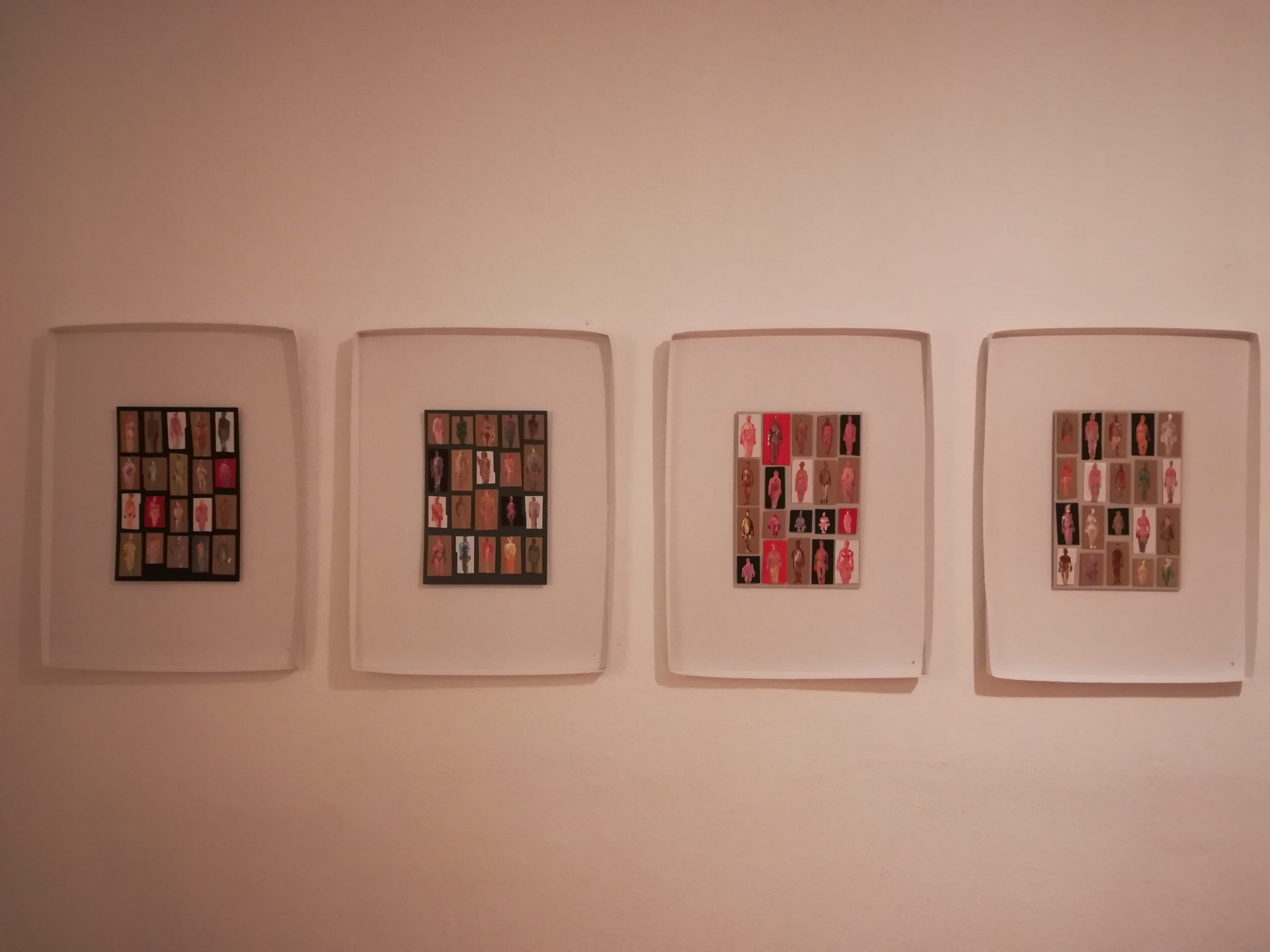 The result is a series of collage works he calls Dispositions. These consist of repeated units, rhythms and motifs stated in a range of artistic means – figurative and abstract; printed and painted – juxtaposed in nested hierarchies and oppositions, deployed as discussions of uniformity and conformity (or the reverse) in balances and imbalances of power.
51 pieces adorn the walls of tuesday coworking with three separate dates open for viewing between now and the finissage on Saturday, 16 June.
Thursday, 10 May, 10am-1pm Saturday, 26 May, 5-8pm Monday, 11 June, 7-9pm
Other dates gladly by appointment. Send an email to info@tuesdaycoworking.com 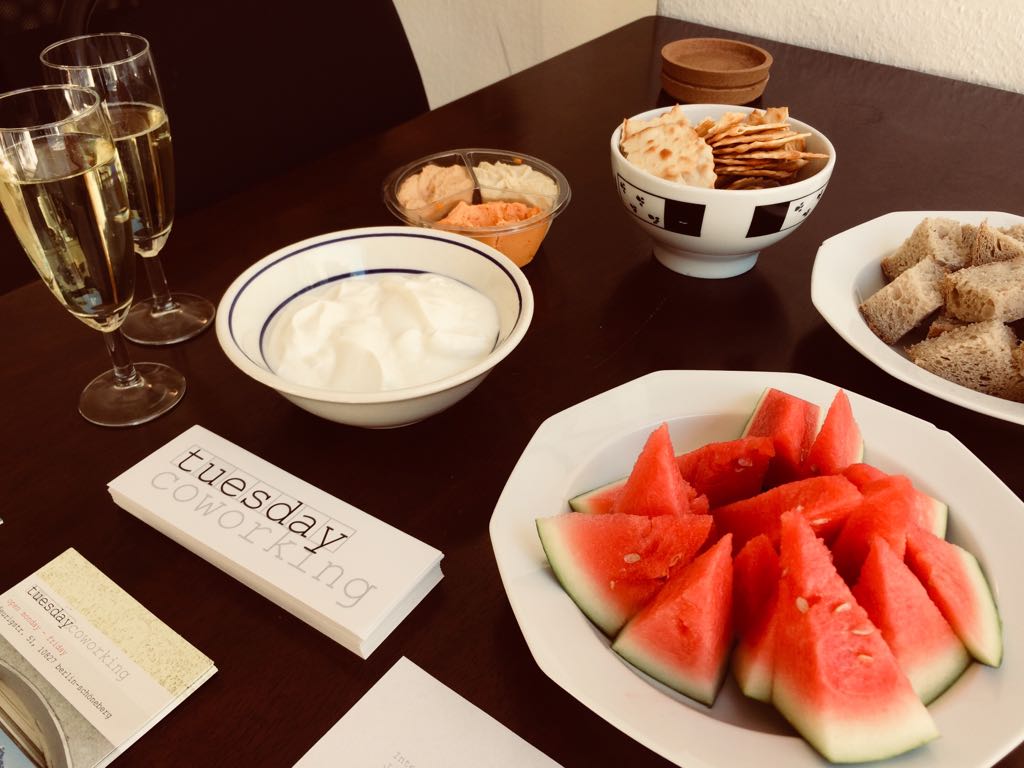 Our congratulations to Nick and Betty on a successful show and our gratitude to Stefan for providing the bubbly and to Olesia & Nadine for their help on the evening.
View more photos from the vernissage on Facebook:
https://www.facebook.com/events/359021027942592/